“What A Glorious Morning This Is”

On this Memorial Day, I can’t help but reflect upon that small field in Lexington, Massachusetts where 77 brave

Americans made their first and courageous stand against tyranny. Faced off against 250 British soldiers, these men, outnumbered and out gunned, took a gallant stand for us and the lives of honorable men were sacrificed to bring forth this nation that was foreordained by God to become a beacon of hope for the entire world.

Where would we be without these warriors who were willing to seal their testimony of liberty with their blood? What made them so willing to sacrifice all that they had for a mere concept? A concept that was hitherto undreamed of but would soon transform a group of colonies that were struggling to survive into a United Republic that would very quickly rise to become the greatest nation to ever grace the surface of God’s earth? 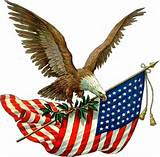 The answer to these questions can be found in one single word…Freedom. Freedom of thought, freedom of speech, freedom to choose, freedom to be and freedom to worship to the dictates of one’s own desire. Those were the reasons then for the ultimate sacrifice and those are the reason now that these warriors continue to offer their blood for the common good.

From Lexington to Luxembourg, from Da Nang to Bagdad and from the deserts of Afghanistan to a final resting place in Arlington, our sons, daughters, brothers, and sisters have given their blood to secure the blessings of liberty for those of us who are fortunate enough to reap benefits of their bravery.

Today, on this special day, may we all pray and meditate and give thanks to the brave souls who now see us

through the veil that separates Heaven and Earth. May we honor them by keeping their cause moving forward and may we unite in their honor to save this nation for which they have given so much.

“What a glorious morning this is” were the words that John Adams spoke when he heard of the battle that began our liberation against tyranny. May each and every day be glorious as we  move forward for the cause of freedom and liberty and may we always remember those who made it possible. 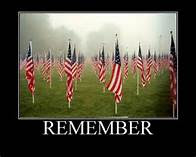 It Is The Soldier

It is the soldier, not the minister,

Who has given us the freedom of religion.

It is the soldier, not the reporter,

Who has given us the freedom of the press.

It is the soldier, not the poet,

Who has given us freedom of speech

It is the soldier, not the campus organizer

Who has given us the freedom to demonstrate.

It is the soldier, not the lawyer

Who has given us the right to a fair trial.

It is the soldier, not the politician

Who has given us the right to vote

It is the soldier

Who salutes the flag,

Who served under the flag,

Whose coffin is draped in the flag.

Who allows the protestor to burn the flag.